In Fairness, Ovechkin May Have Already Passed Gretzky In Scoring

When thinking of Wayne Gretzky’s greatness, perhaps no chart sums it up better than the one below. 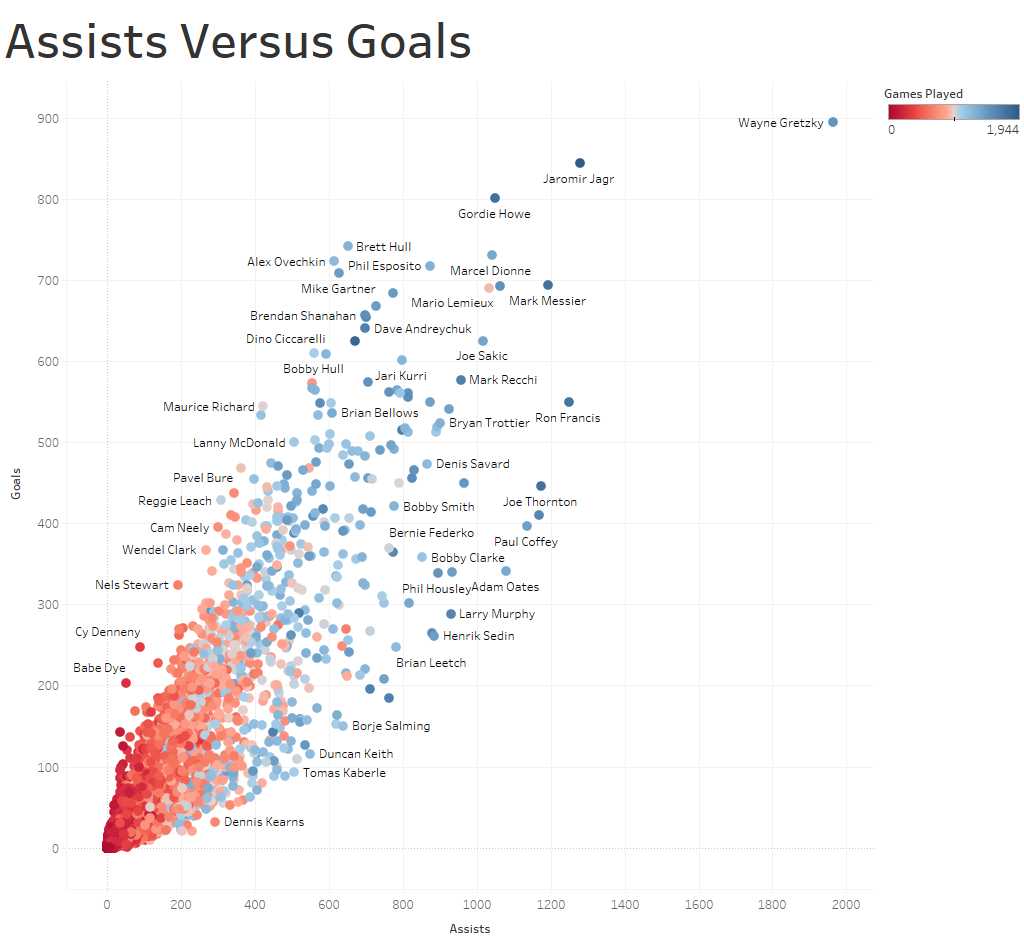 Recently, there has been wonder amongst hockey fans as to whether Alex Ovechkin can catch Gretzky’s all-time goal record of 894. Roughly speaking, Ovechkin needs five more forty-some goals seasons to reach the record. At 34, it is possible for Ovechkin to reach the record, as long as he remains healthy and Father Time does not get the better of him. But… Is it fair to compare Ovechkin and Gretzky in goals? In fact, should we compare any two players in terms of goals?

The National Hockey League is ever changing, from the equipment used to the rules, to the style of play. These changes, along with the players in the league, shape game outcomes, and how much scoring there is in the league for any season. 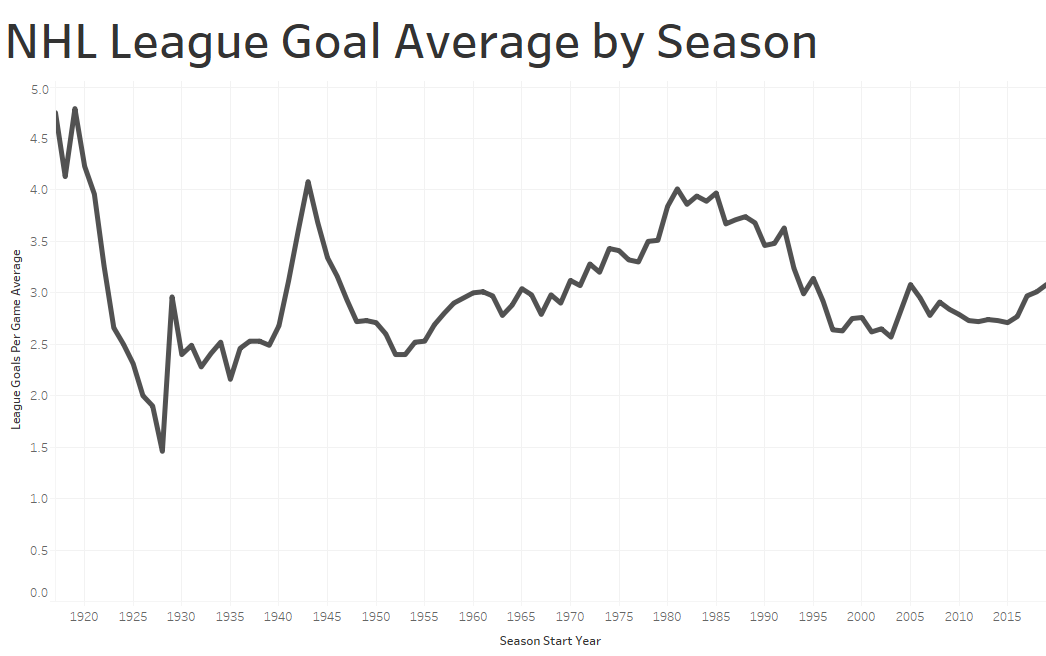 When examining this graph, it becomes evident that Ovechkin and Gretzky played in entirely different versions of the NHL. 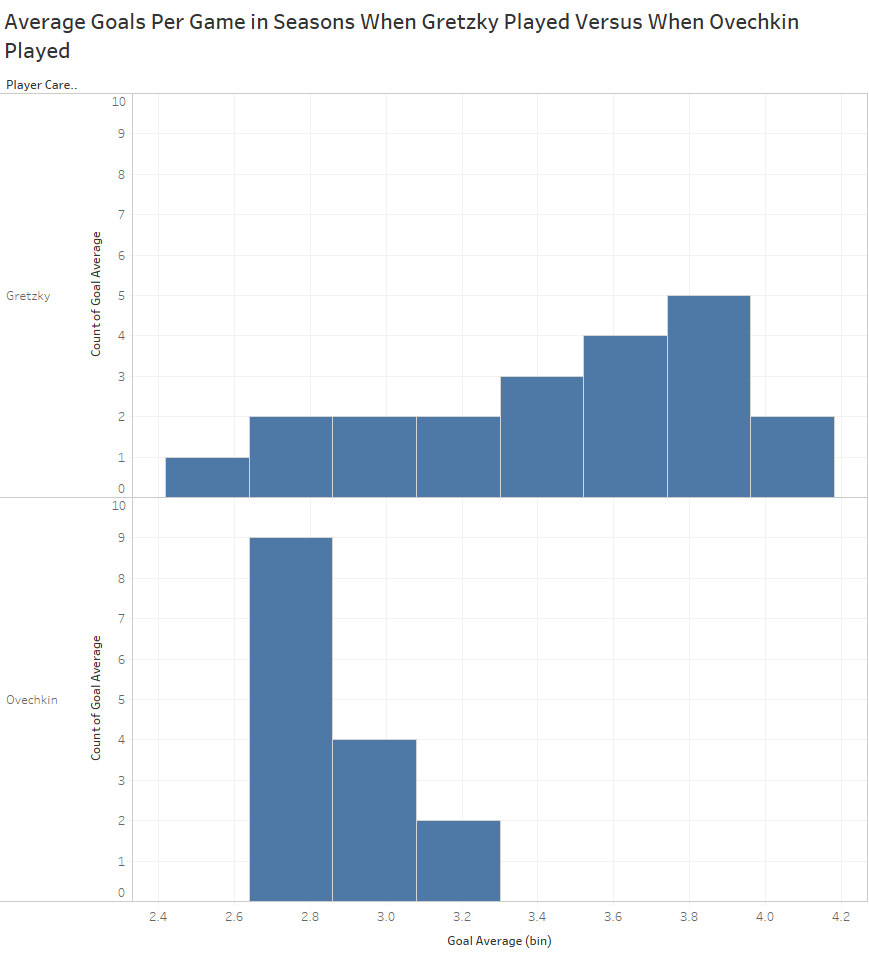 Is it possible that Gretzky’s goals came easier to him not only because he was great, but because he played in a time when goals were abundant? But how can we figure out if the league environment around Gretzky had any impact on how many goals he scored? Adjusted Goals can help by accounting for schedule length, scoring environment, and roster size. When comparing players who played in different generations or eras of the NHL, we shouldn’t compare their numbers at face value. Was it as easy to score when the NHL first started versus today? Probably not. Adjusting their statistics can, to some extent, weed out the effects of when that player played. So if we adjusted the goals of the NHL’s top 12 all-time leading scorers, would they be in the same place?

In this chart above, goals are in blue and adjusted goals in gold. Ovechkin had already passed Gretzky if one accounted for when each player played. However, Ovechkin still has some work to do if he wants to catch both Gordie Howe and Jaromir Jagr. If the NHL continues to trend upward in terms of average goals per game, this task will only get harder for Ovechkin.

Data for this post came from both Hockey Reference and NumberHound Hockey Data. All of the data used is available in csv files on Github.